When I unboxed this March embellishment kit, my layout was already formulating in my head...watch it here on my YouTube channel.

So I searched for a relevant photo and came across this sweet layout of my eldest son and his dad walking in the park during Autumn.

It was a 4x6 but I cut it down to take off excess grass in the photo. I then got started on placing the plastic leaves around the photo as a top cluster. Using only a dab a wet glue to make it stick but the leave still lifted off the page at parts to add texture to the layout. 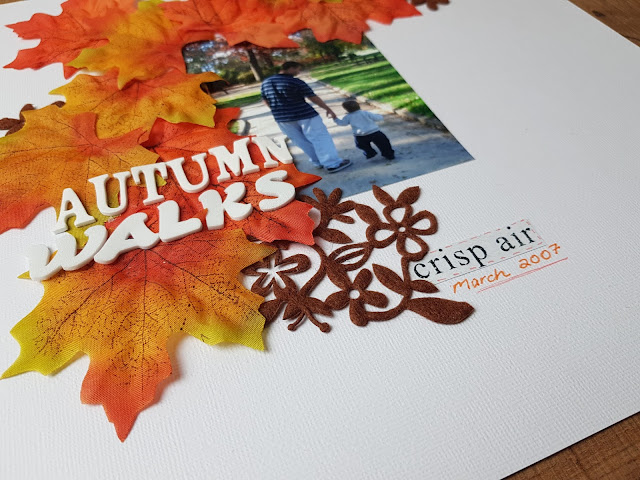 I then knew I was going to use the brown felt lace trim and washi tape, so I get set working on including them.

I cut out some of the flowers and leaves so it was less straight and added it underneath some leaves on an angle to make it look like an intergral part of the leaf cluster. I then added some smaller parts of the felt lace trim through the rest of the leaf cluster to draw your eye around the layout.

I originally thought I was going to use the washi as a border to the photo, but with the amazing leaves and felt lace trim I didn't want it there now. Instead I started a cluster in bottom right part of the layout to balance out the photo and main cluster. I used two strips of washi, added brown spotty ribbon and a cut a part phrase to complete that cluster. Using them all together in different lengths, ripped edge of washi and banner edge on the phrase, and also layering them upon each other makes this cluster look like you spent forever organising it and making the texture and depth shine. The phrase cut a part was stapled to the cluster to add that bonus texture. 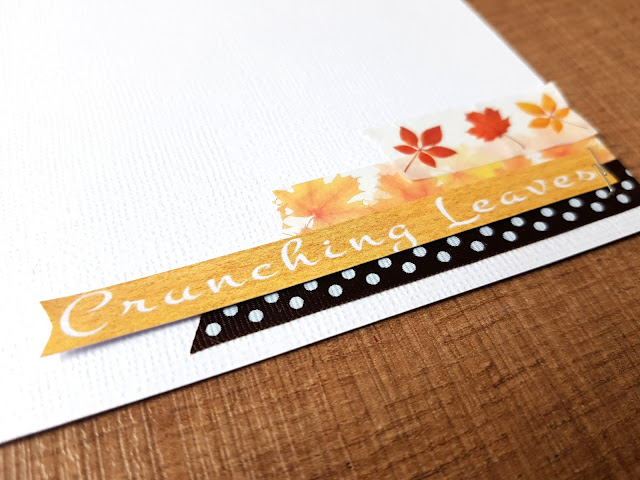 It took me a little while to decide where to place the cut a part phrase "crisp air" but its final resting place was decided after adding the title, because it draws eye from the leave cluster and title, through to this phrase cut a part and then down to the washi cluster in bottom of the layout. I added the date with two tones of orange sharpie pens, seeing as I dont have a stamp that goes back to that year. 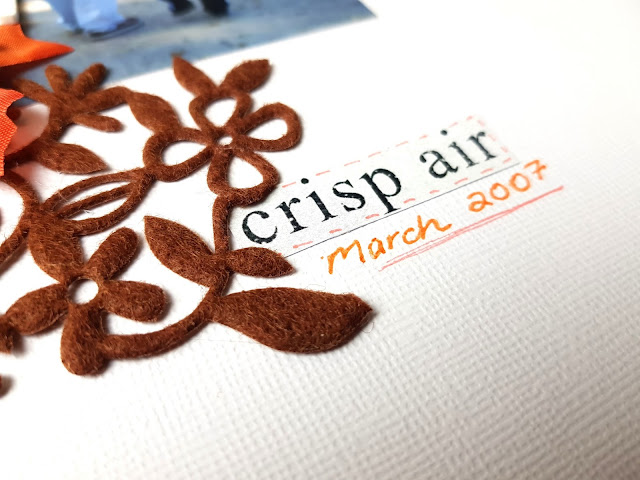 I completed the layout by inking the edges with orange archival ink to frame the layout, instead of adding a second paper as a border. I was a little messy with it so that some of the ink rubbed on the layout near the edge too, adding further interest. 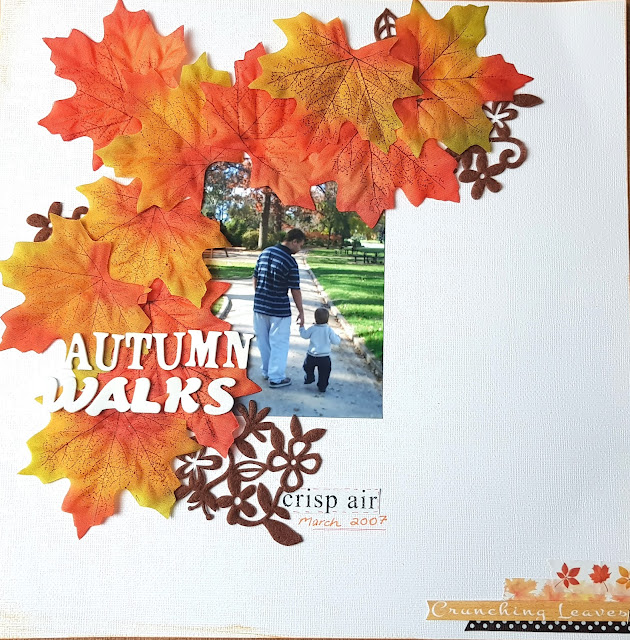 Thanks for checking it out, leave some feedback below I would love to hear your thoughts. Also I have uploaded a video of the process on my YouTube channel, check it out here.