Today on the blog we have Design Team Member Tracey with fun layout using the Exclusive Christmas Kit. 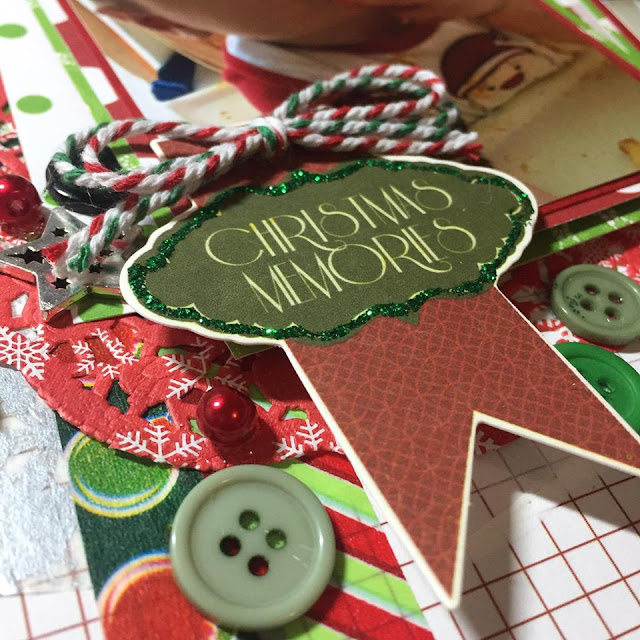 I like to think that this layout is simple, yet effective. I started this layout off by trimming about half a centimetre off the sides so that I could back it on to some red card stock. I wanted to soften down the grid patterned paper so I spread on some white gesso and dried it with a heat gun. 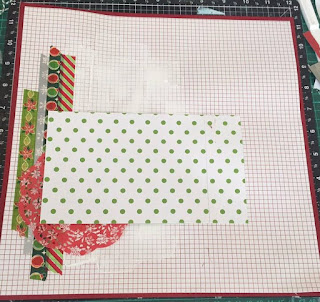 I also used the red doily that came in the kit to use as a mount for my main embellishment cluster.

I sorted through my stash of Christmas die cuts and picked out a selection for this layout. I used the ‘Christmas Memories’ tag and added it to the left corner of the first photo, it still wasn't really standing out to me so I used the cute twine that came in the kit to layer and then make a bow to glue to the die cut. I clustered around the buttons and the beads, which were also included in the Christmas kit around the die cut. 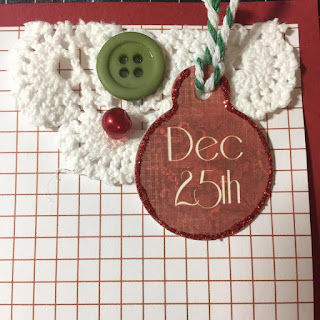 I placed the Dec 25th up in the top right corner along with a scrap of the beautiful crochet doily that was included in the kit along with the button and the bead.

I placed ‘Treasured Moments’ on the second photo with a strip of the red rhinestones that the kit included.

I decided I wanted this layout to have some journaling, so I used ‘Our Christmas Day Story…’ as a title. I then added the journaling which reads ‘Our Christmas Day was a day filled with lots of love, laughter and happiness. The day began with all the presents and soon followed into lunch with Mum, Kevin, Adrian, Jaiden, Nan and Pop. As you can tell, Jaiden enjoyed his roast vegetables very much, so much that he was wearing it. A year to remember for sure’. 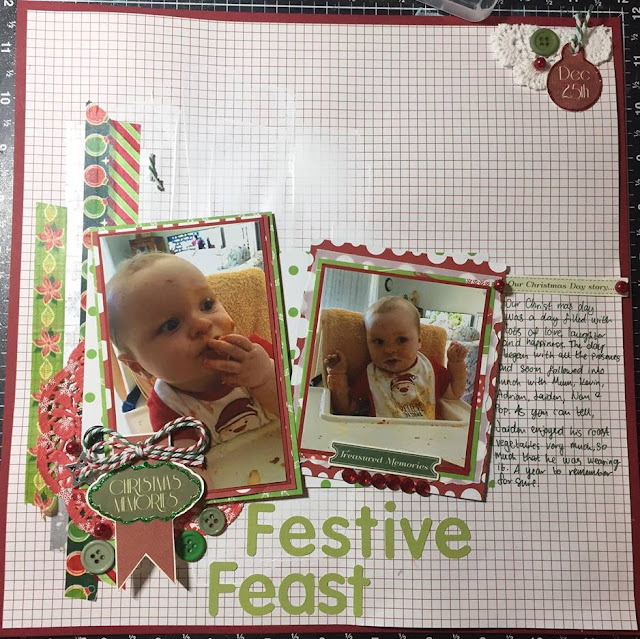 I then added the remaining beads either side of the title and then I added my main title, Festive Feast.
Posted by Unknown at 19:27