Today on the blog we have Design Team Member Tracey with another lovely monochromatic layout using the Exclusive Christmas Kit. 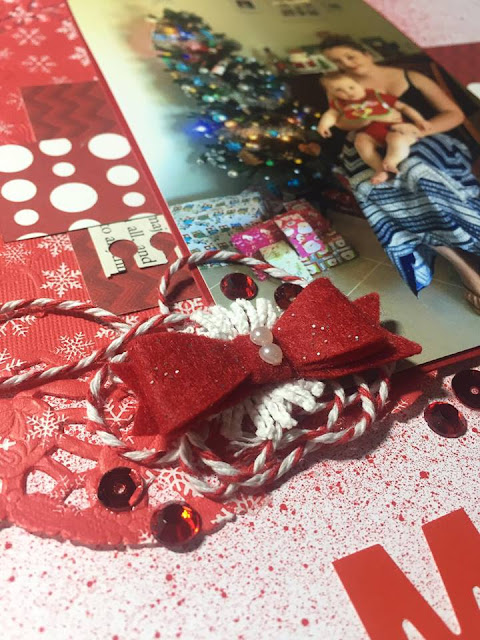 I decided on another monochromatic layout for this one as I saw that I had lots of red to use and a beautiful little felt bow from the December kit, which just happened to be red. 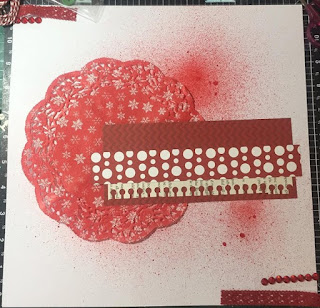 Loving simple mixed media layouts, I went for a red mist background and a large red doily which also came in the Christmas kit. I needed this to be a quick layout as I had my heart set on getting something done before Jaiden woke up, so I cut some chunky red strips from some Christmas scrap paper and stuck then down along with the doily. I also had my heart set on using my AdvantEdge fiskars punch with the notepad cartridge so I grabbed some old book paper, punched out a strip and glued that down with my chunky red strips. 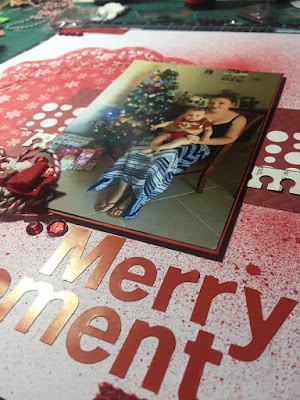 I mounted my photo on some red card stock and mounted that with foam tape to my layout. I thought it still looked too plain so I had a quick hunt for some red lace cut two strips and glued them to the top left and bottom right corner. I then used the red rhinestones from the Christmas kit and stuck a small strip down next to the lace.


For my embellishment cluster, I glued down a scrap piece of the red bakers twine from the Christmas kit and used it as a ‘background’ for the red bow that I mentioned earlier. I glued down the bow so that it covered the corner of my photo. I then added layout some shine by gluing down some red sequins (also from the Christmas kit) and some of the red rhinestones round the twine bundle. I finished off the layout by adding my title, Merry Moments. 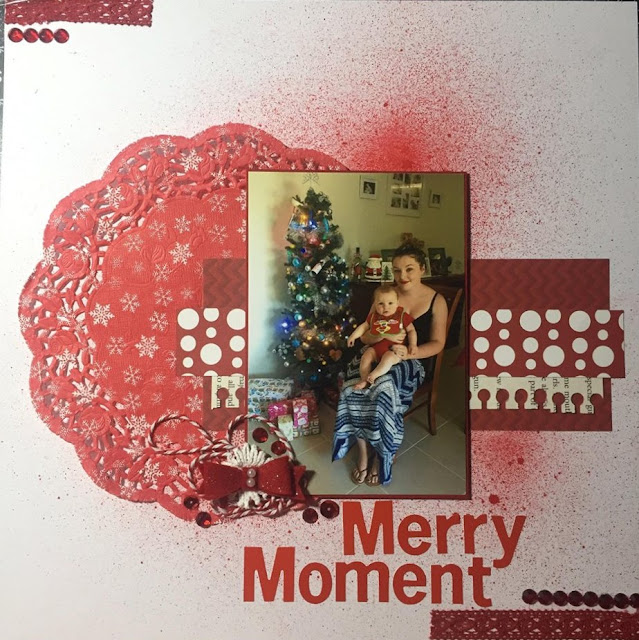 Such a Merry layout.
Posted by Unknown at 13:20