I am back with a mixed media grungy layout using the May Fundraising Kit.

I started by watering down some blue and purple acrylic paint and used the packaging technique to adhere to the page, randomly but mostly in middle in a vertical line.

I bordered my photo with zebra tissue paper (matting the whole photo), ripping the tissue paper on the bottom edge. I then used leftover pieces of the collage paper, making it banner on either side.

I added this to the middle of the page, in line with mixed media packaging background.

I then decided I wanted to have this mixed media piece backed onto another white cardstock. So I ripped both edges so that it would sit up on the border piece as a bit of interest. I also added another ripped layer of white cardstock, so that there was three layers of white cardstock to the layout.

As I was putting the mixed media piece of cardstock onto the plain white 12x12 piece I realised that the scrap strips of the zebra stripe tissue paper would add great interest if added to both sides. So I did just that !

I then got to embellishing, I added a part of beautiful ribbon, to bottom left of the photo. Adding the amazing Charms Creations felt zebra heart to start to combine the photo and the cluster as one.

I new these wood veneer words needed to nestle around the felt heart. I cut some butteflies and made then sit 3D around the photo, like they are flying - this helps to draw eye across the layout.

I added small amount of journalling to bottom cluster, and the title to sit across the top of the photo.

Looking at the layout as a whole I knew it was missing a doodley border - so I used a thick sharpie and drew few lines to left and right vertical edges. 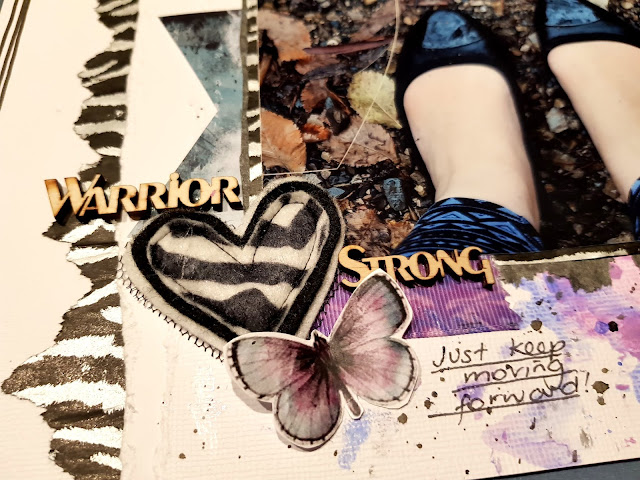 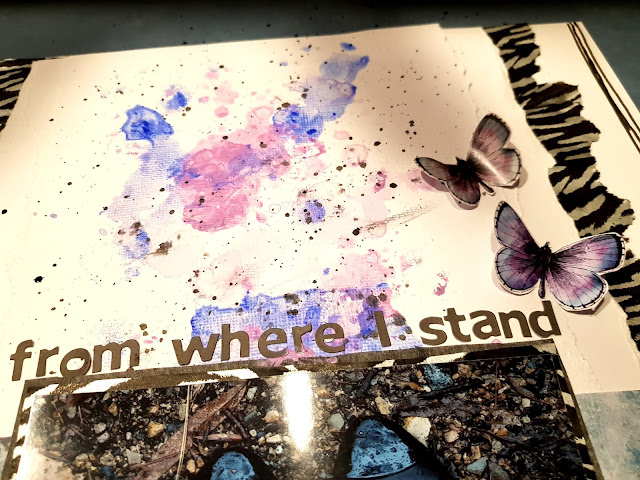 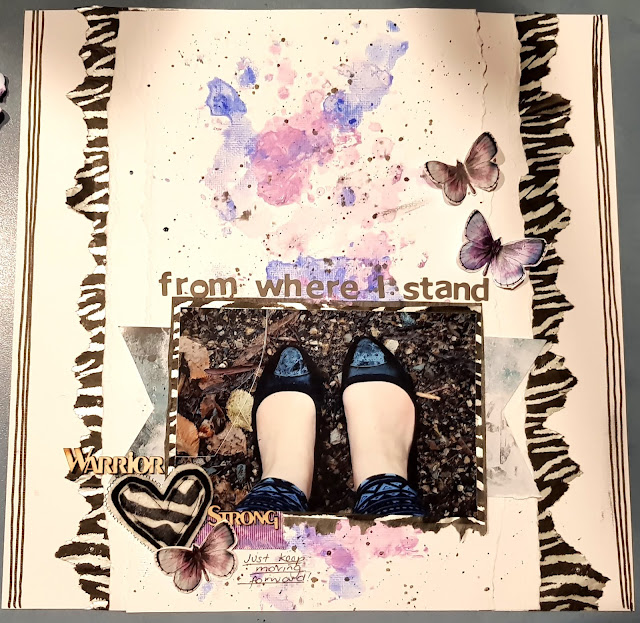