Today's share is the first layout I have created using the May 2019 Scrapping Fun Kits kit.

I have done an unboxing video to show you what you get in the kit. You can view it here

I have also videoed the process of creating this layout. You can check that out here. 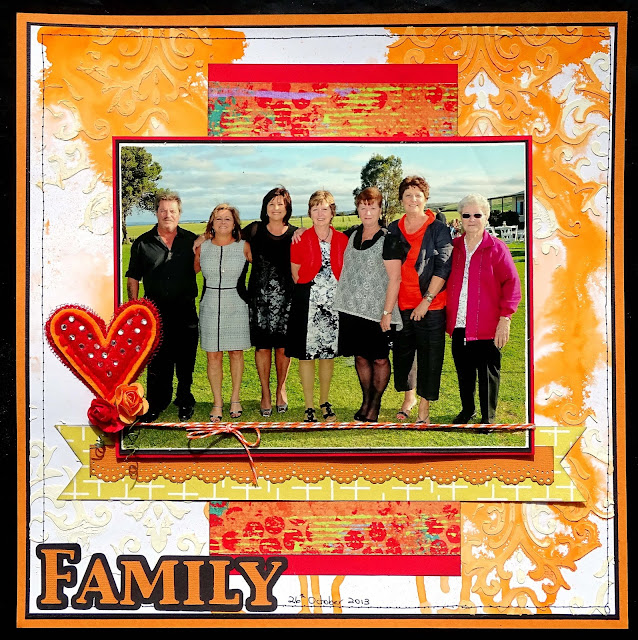 The kit is full of brightly coloured red and orange items and papers so I chose this photo that is mostly black except for the red cardigan I am wearing and the orange shirt my sister is wearing.

The background has three layers, the orange cardstock the black cardstock and then the white cardstock that I have applied Modelling Paste through a Kaisercraft stencil called Damask. Once that was dry I dribbled some Ranger Spray Ink in Squeezed Orange down the page and helped it to run by spraying with water. To finish the background off I stitched around it with black thread and my sewing machine. 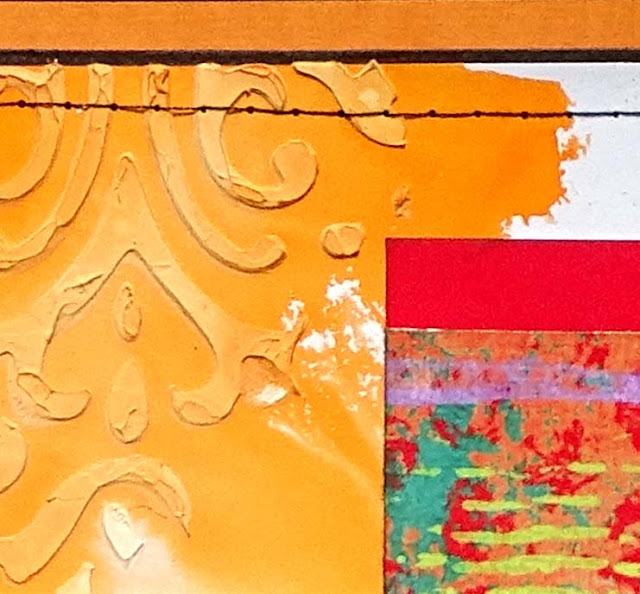 To finish the layout off I added some gems to the exclusive Charms Creations felt heart. 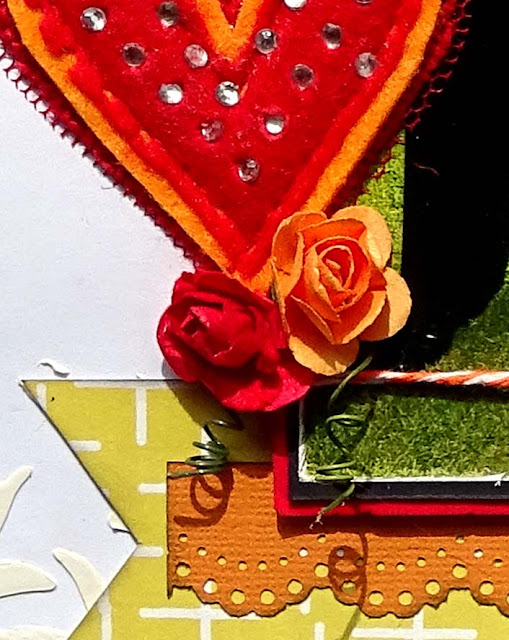 So glad you have taken the time to read my blog post today.

Thanks for dropping by
Till next time
Hugs
Julie
Posted by Julie at 09:00