Today I am sharing with you a layout I have created for Scrapping Fun Kits using their June kit.

You can see a detailed video of the creation of this layout here.

This is the layout I have made. It showcases the first year of my daughters life. We did not take as many photos back then as we do now. 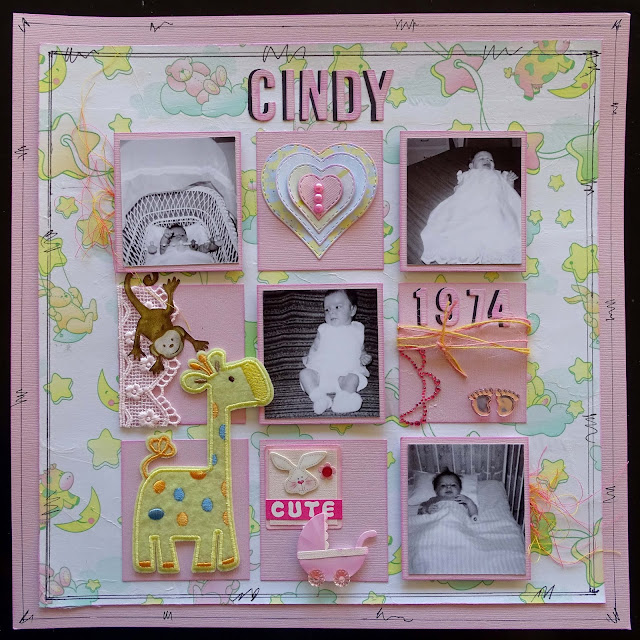 I decided to go for a grid style layout.

There is a very cute tissue paper in the kit, I attached it to some white cardstock and used it as patterned cardstock. I cut it to 11" x 11" and matted it on some pink cardstock from my stash to create the background for my layout.

Both the title and the year were cut using Kaisercraft DD700 Alphabet Upper Case and Die-namics Little Numbers dies in both pink and black.

They were then stuck on top of each other so that the pink was on top and slightly off set so it looked like they had a shadow. This helped them stand out from the background.

The embellishments for the bottom centre panel were 2 stickers that came in the kit. I mounted one flat on the panel and one was mounted with foam squares. 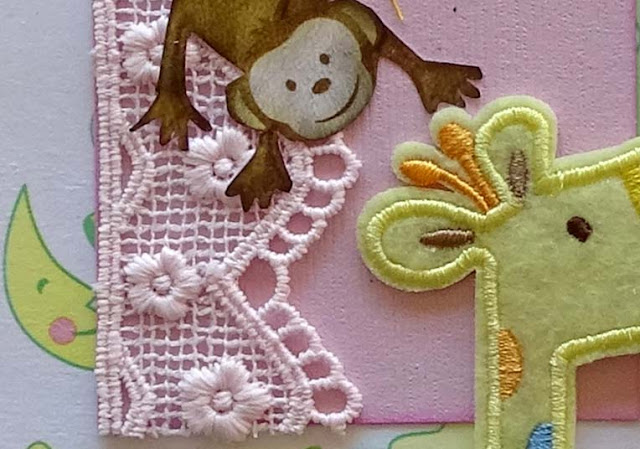 I then attached a monkey, that I had fussy cut from the cut-apart-sheet, to the top of the centre panel so he looked like he was hanging there. 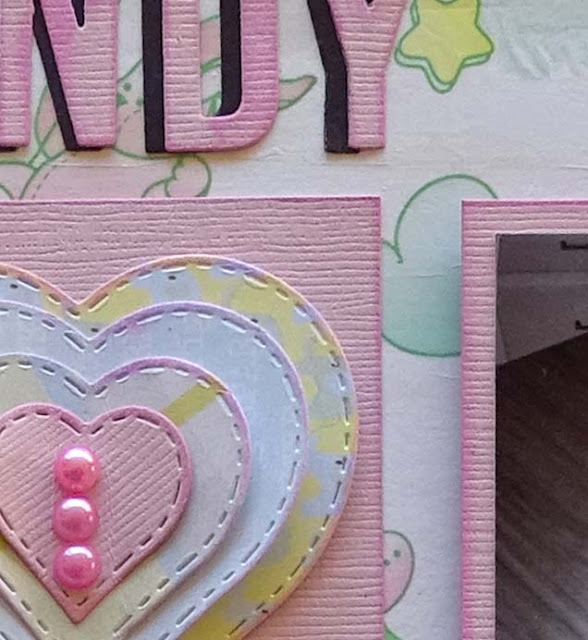 I used a Stitched Nested Hearts die to cut 4 hearts from an assortment of the patterned papers in the kit. I inked the edges of them all and then attached them, one top of the other, with a strip if d/sided tape, down the middle of each heart so I could fold the edges of each heart layer up. Three pink pearls were then added for a bit of bling.

For a little more texture on the page I added some pink and yellow thread behind the bottom right photo and the top left photo.

To finish the layout off I drew a border around both of the background layers using my ruler and a black Uniball Micro pen.

Don't forget to check out my video here and you can subscribe to Scrapping Fun Kits monthly kits here.

Thanks for dropping by
Till next time
Hugs
Julie
Posted by Julie at 09:00