Okay, I'll have to admit, this is not my best work and I'm really not loving this page, but hey, you know what? We learn from mistakes. 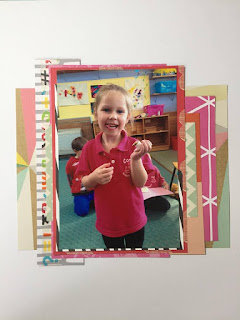 I'm not sure why but I'm going through a bit of a phase of mounting my layouts to cardstock, anybody else doing this regularly too? I began this layout knowing that I wanted a girly photo so I could use the flowers and hearts, so I first chose my photo and then chose a HEAP of layers from my scraps as my photo mount. Once i had stuck them all down i got some trusty old white KaiserCraft cardstock, trimmed off the edges and mounted it on pink KaiserCraft cardtstock.  I then followed through with some ink splatters using the Orange and Pink KaiserCraft mists. I stuck my photo and the crazy amount of layers and started to pick my embellishments. 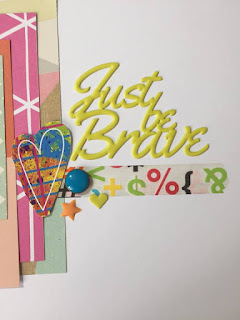 I started to think that I was wanting to have a horizontal line of focus for this layout, so I added my title 'Just be Brave' which is a Pink Fresh Studio Puffy sticker. To me, it looked as if the title was floating so I stuck a strip of the very fun kit washi underneath to help ground it.  I was starting to think that this could be a good place for an embellishment cluster, so I looked at the remaining kit supplies and chose some enamel shapes and the colourful heart to stick next to the title. 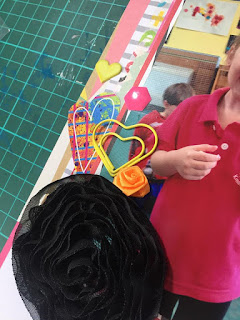 Because I was running a horizontal line of focus with this layout, i made my second embellishment cluster on the left hand side at the bottom on the photo, I used two flowers from the kit- the tiny little orange ribbon rose and the large black material rose, I also used the last colourful heart (which I LOVE!), the yellow paper clip heart, and enamel shape and a puffy heart sticker which the kit did not include.


This is where my layout goes sour, it would have been fine if I had stopped but no, my brain said more.  I chose to stick the word 'beautiful' with the kits dazzling letter stickers across the top of the photo, it sounded like a good idea at the time! The black is far too heavy to have up so high on the layout and it competes with the layouts title, but like I said earlier, we learn from our mistakes. 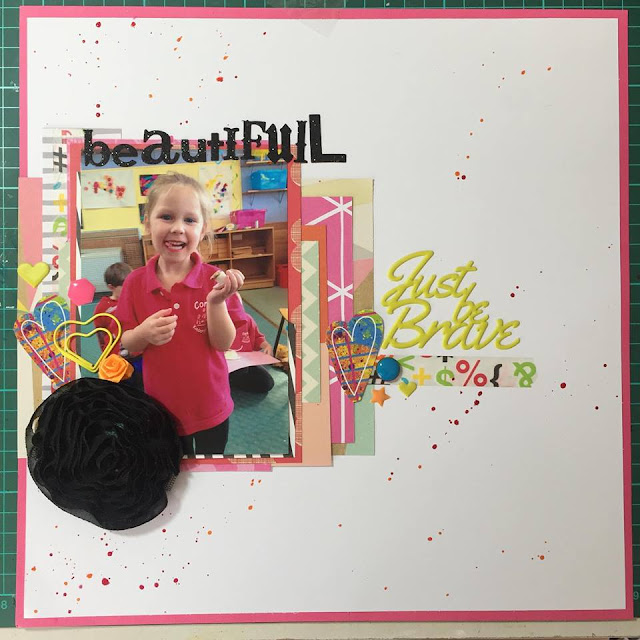