Raelene here with a layout using the offcut from the chipboard in the Exclusive Neon Kit.

When I popped out the Dusty Attic Chipboard it struck me that you could tell that it said Beautiful so I saved it to use later. 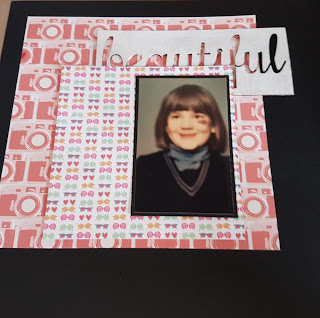 As I was playing with my supplies I realised that the supplies that would best suit this layout were supplies from my Counterfeit Kit Challenge March Kit, I am Guest Designer for this great challenge this month so it was good to get another layout out of my kit. 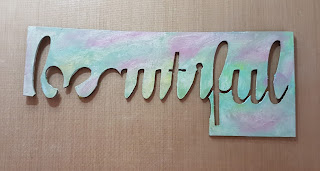 I experiemented with colouring the chipboard, first with gelatos, which was so pretty but not right for my layout so I painted it with teal paint. 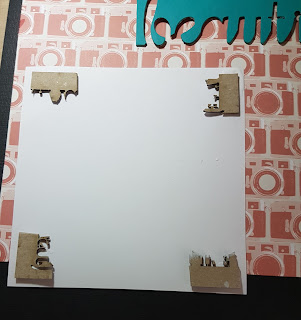 I cut up the part that would wind up under the glasses paper to place it under the paper in 5 places so it would be at the correct height.
The photo shows 4 but I cut the one that would be in the top right corner in half so I would have a piece for the middle. 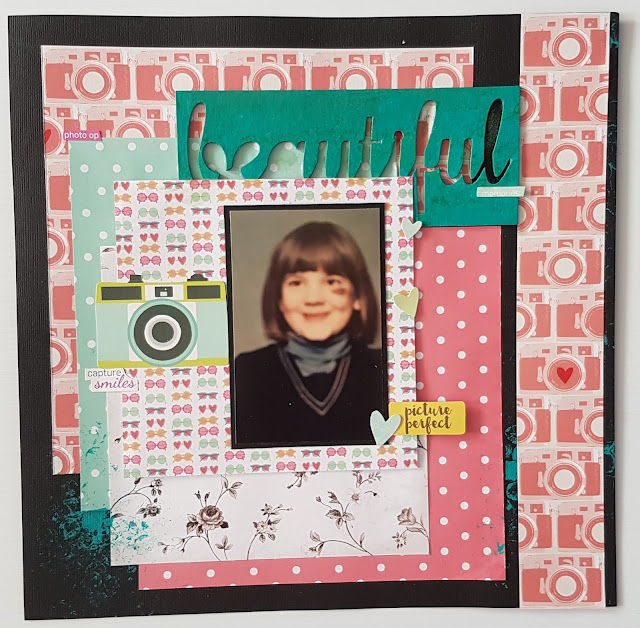 I added some of the teal paint with some bubble wrap, covering the main part of my layout with paper so only a little went on it.
I added a strip of the camera paper down the side as I wasn't happy with the results of the paint on that side.
I decided a couple of days after finishing the layout to add some shimmer to my chipboard, unfortunatly it didn't turn out how I wanted but I decided to stop trying to fix my layout and embrace it.

Posted by dyspraxic organised scrapper at 07:30