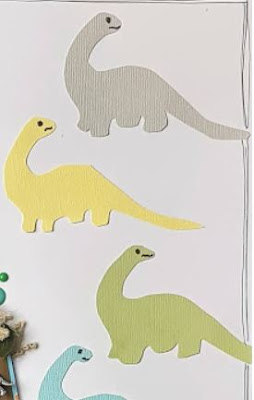 I got inspiration from the ledger paper in the kit that I used on the first layout, and cut out dinosaurs from coloured cardstock. I did this by printing a colouring in template to size I wanted and cut around it multiple times.

I glued these dinosaurs down the right side of 8.5x11 piece of cardstock.

I then cut the photo of Oliver down to 4x4 and matted it with the patterned paper in the kit, this helped to tie in the colours.

I stuck it to the layout, adding the hessian lace to the top as a layer. I then used the vine rope as a embellishment on top of the photo as well. I added resin leaves in a cluster to top left of photo.


I got set working on the title, I used paint pen to write in black and then once it was dry I added small detail with white paint pen.

I added the stegosaurs patch, then the journalling in that trapped space between the dinosaur and title.

To the bottom of the title I added a small cluster with a dinosaur button and enamel dots.

I added enamel dots to the top of the stegosaurs and to the hessian lace.


I completed the layout by tying to charms to cream thread to add to the top cluster, oh and a doodley border. 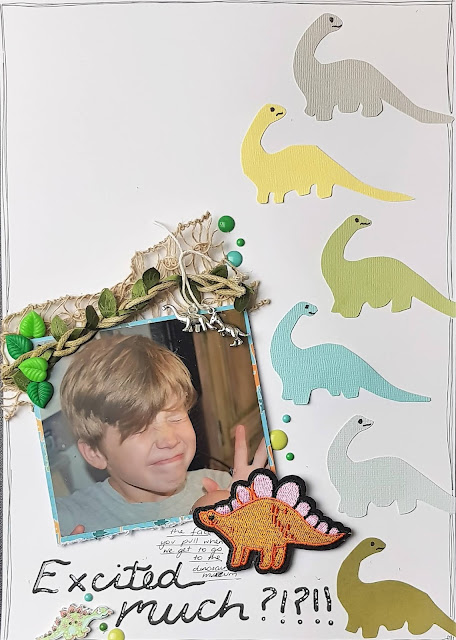 Thanking you,
Lauren
Posted by Unknown at 08:00