Hello, friends and welcome to my layout using the Scrapping Fun stand-alone School Kit. All my children are adults now but I have lots of school photo's from back in the day to scrap. The photo I used in this layout is from 2003 on my Step-Son's first day of High School. The photo is tiny as it was taken with an old Polaroid i-zone camera. All the embellishments & paper I have used are from the kit except for the tiny bit of blue string, word "high school", and the background blue and white. So you can really see what great kit this is. 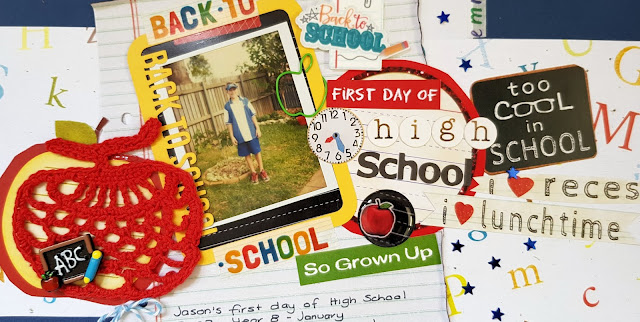 I started the background to match the school uniform using a blue piece of cardstock and laying a white 5" piece of white paper vertically down the middle. I trimmed the edges with washi tape from the kit. As there was not enough washi to do the full length of the page I have left the middle is it would have been covered anyway, giving the illusion it goes through all the way. Then I have placed the photo's and embellishments horizontally across the middle. 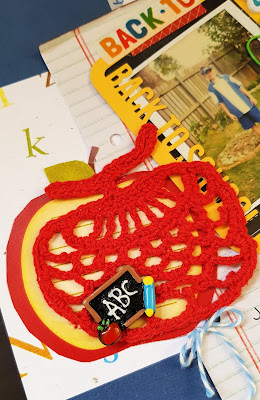 Let's take a closer look at this embellishment cluster from left to right. I have used the Alphabet printed paper from the kit in the background and so it stretches across the full length of the page I have cut it and placed them on the edges while I fill in the middle. I have also used the lines paper and punched holes in it like folder refills. I fussy cut the apple and laid the crotcheted apple on top with the gorgeous little ABC embellishment. I then tied a bow with some blue string through the punched hole. 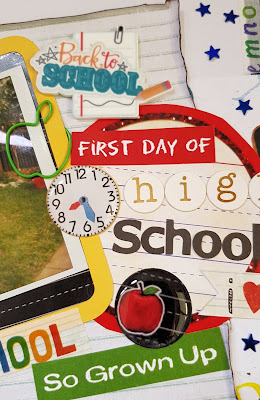 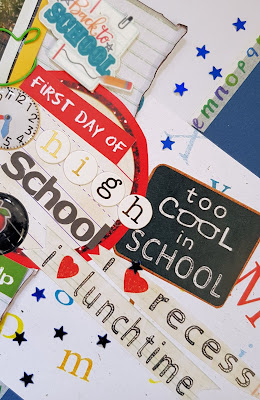 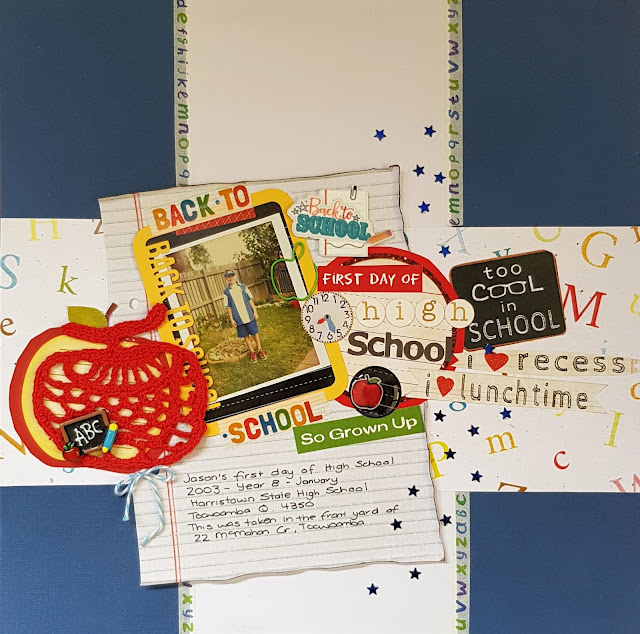